Summary This essay examines what it means to be hungry in a time of relative abundance of food. The authors define what they mean by “hunger”, look at its distribution around the world, and what factors contribute to its existence. They point to some of the many areas of science that can contribute to understanding and reducing hunger in the world: modeling hunger distributions using mathematics and geography, understanding the physiology of hunger through biochemistry and neuroscience, examining the human and societal costs of hunger through sociology and political science, as well as several others. The essay also looks at current policies and initiatives for reducing hunger as well as how science, society, government interact around a controversial issue such as genetically modified crops as an avenue of reducing hunger.

Topics of Interest to the SENCER Community

Overview of the Causes of Hunger

Short Analysis of How These Scientific Disciplines Can be Used to Address the Affects of Hunger and Alleviate It: 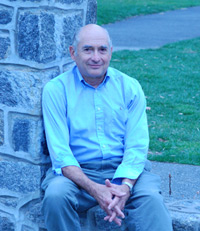 After joining Swarthmore College in 1967, Professor Hopkins has served on a variety of committees and posts. He has served on the Council on Educational Policy, served as president of the AAUP, and on faculty representative of presidential search committees. Within his department, he has twice been department chair, and then for seven years directed the College-wide public policy program. His brief resume and curriculum vitae provide a synopsis of his general work and of his academic background. In November 1996, Professor Hopkins visited Rome, Italy as a delegate to the UN World Food Summit.