Students in an introductory inorganic chemistry course conducted a semester-long literature-based research project on the then-ongoing drinking water crisis in Flint, Michigan, USA. Students presented their findings at a poster session that was open to the public. The implications of choosing an ongoing news story as a focus and the ability for such a project to shape the curriculum in a broad introductory course is discussed.

The addition of a research project with societal implications to this course came about because of the demise of another course. For several years students in our college were required to take a senior seminar in which they would investigate and write policy proposals for problems facing humanity in the 21st century, e.g., pollution or climate change. The course proved difficult to staff, and departments were instead asked to offer upper-level courses with a strong research component. However, this research project, initially an "add-on," became central to the course experience.

Several other recent chemistry-related events were considered, including the explosion at a fertilizer plant in West, Texas (Chemical Safety Board 2015) and the Gold King Mine contaminated water release impacting the Navajo reservation (Environmental Protection Agency 2015), but neither had all of the advantages listed above. Local cases were also considered. The abandoned Tar Creek mine in far northwest Oklahoma (Barringer 2004) lacked the timeliness of Flint, while the recent earthquakes in Oklahoma stemming from wastewater injection at well sites required knowledge deemed to be beyond the scope of the course.

Overview of the Flint Water Crisis

In 2012, the city of Flint began investigating cheaper alternatives to its water purchasing agreement with Detroit. At the time, Flint was under the administration of a state-appointed emergency manager due to ongoing fiscal difficulties. Flint officials decided to join a regional effort to construct a treatment plant on Lake Huron by 2016 with an anticipated savings of $200 million over 25 years (Kennedy 2016). In the interim, the city would  treat its own water from the Flint River beginning in April, 2014. Residents quickly complained of yellow and brown water. The city had trouble regulating, alternately, E. coli bacteria and chlorination by-products. Corrosion found on newly made parts prompted the General Motors engine plant in Flint to discontinue use of city water in October 2014. In January 2015, the first elevated lead levels in drinking water were found. Michigan state officials dismissed independent results showing elevated lead levels until October 2015, when residents were told to stop using Flint city water for drinking, cooking, or bathing. A more thorough overview of the crisis can be found elsewhere (Flint Water Advisory Task Force 2016; Kennedy 2016; Wisely and Erb 2015).

Mechanics of the Project

Students in the inorganic chemistry course were assigned to research and present a poster on some aspect of the Flint water crisis. Learning objectives for the project are listed in Table 1. Posters were chosen as the final research product so that students could present their research in a forum that encouraged community engagement and discussion. A poster session w ould also give students an authentic experience in explaining their findings to both scientists and non-scientists who might be in attendance.

In the second week of the semester the students read a newspaper article (Wisely and Erb 2015) and a trade journal article (Torrice 2016) in class. Students were given two additional days in class for research and consultatio
n but were mostly expected to complete their research on their own. Halfway through the semester students were required to turn in a summary of their research up to that point.

Students' topics fell into two broad categories that we referred to as "people" and "pipes." Most students in the "people" group focused on the mechanism of lead toxicity. Two students examined biological pathways in which lead ions displace calcium ions. Another looked at using the common ligand molecule EDTA as a treatment for acute lead exposure. Those focusing on "pipes" looked at the chlorination byproducts acting as oxidizing agents that converted lead metal to soluble lead ions. Several others focused on whether treating water with phosphates might have prevented pipe corrosion by creating and maintaining a solid layer of iron/lead phosphate on the interior of city and residential pipes.

Each of the thirteen students in the class presented a poster at the end-of-semester poster session (Figure 1). In addition to students, faculty, and staff who attended, a reporter from the local independent weekly newspaper, the Oklahoma Gazette, also attended, resulting in an article in her newspaper (Estes, 2016) and providing students an authentic experience in explaining science to the public. FIGURE 1: Students discuss their findings at the end-ofsemester poster session. Water was served as a reminder to attendees of the importance of clean, potable water.

There were two unplanned benefits of this project. First, many of the students addressed the social justice aspect of the crisis. While students had been instructed to be sensitive to the fact that real people were affected, many decided that it was important to discuss the injustice of the situation. One student's poster prominently displayed a quote by Mayor Dayne Walling declaring the Flint River "good, pure drinking water, and it's right in our backyard." Another student expressed to the Oklahoma Gazette reporter her incredulousness upon realizing that city and state officials "were really letting this happen to people."

Another unplanned benefit was how the project motivated study and reinforced course material. Student research projects discussed redox chemistry, electrochemistry, chelation, and periodicity. This made it easier to motivate students to study these subjects and gave the course a sense of coherence. In this way, the project, which was originally an addition, became a focal point for the entire course. As one student put it, "Once we found the water reports and the results had shown a high chlorine residue, I felt like the chemistry became real for me."

We missed one opportunity when we failed to reach out to Oklahoma City community members with specialized knowledge in water treatment and water quality to add a local dimension to the project. Although the students showed a remarkable capacity to empathize with the citizens of Flint, a local connection would have added greater relevancy to their research. Providing students a rubric for the poster at the beginning of the semester and additional checkpoints throughout the semester would have ensured that expectations were better understood. A formal method of assessing students' perception of learning during the project (rather than an assessment for the entire course) should have been established also.

The project, which focused on a current news topic and culminated in a public poster session, presented students with a unique opportunity to experience the need for expert analysis on an ongoing news event. The chemistry was neither simple to understand nor to explain. Students needed to integrate their scientific knowledge with information gleaned from news reports to explain the salient chemistry to both scientists and non-scientists. Students were thus provided with an experience that lies outside the norm of most undergraduate programs and which might not have been possible with a more traditional case study or research project.

Thank you to the students of the course for their hard work on their projects and to Rod Jones of the Oklahoma City University Communications and Marketing Department, for inviting the reporter to cover the poster session. Thanks also to Traci Floreani and Joe Meinhart for their work on the original "21st Century Problems" course. Stephen Prilliman, Ph.D., is an associate professor and department chairperson of Chemistry at Oklahoma City University. For the past ten years Stephen has taught both high school and college courses using the POGIL (Process-Oriented Guided Inquiry Learning) method of teaching and is an active participant in the POGIL Project. His research is focused on the development and assessment of inquiry-based activities and labs that address persistent misconceptions.

The mission of this journal is to explore constructive connections between science education and civic engagement that will enhance both experiences for our students. In the 21st century, mathematical and scientific reasoning is an essential element for full participation in a democratic society. Contributions to this journal will focus on using unsolved, complex civic issues as a framework to develop students’ understanding of the role of scientific knowledge in personal and public decision making, along with examining how such knowledge is embedded in a broader social and political context. Since many pressing issues are not constrained by national borders, we encourage perspectives that are international or global in scope. In addition to examining what students learn, we will also explore how this learning takes place and how it can be evaluated, documented, and strengthened. By exploring civic questions as unsolved challenges, we seek to empower students as engaged participants in their learning on campus and as citizens in their communities.

The Journal is published twice per year in an online format. The official publisher of the journal is The Department of Technology and Society at Stony Brook University, home of the National Center for Science and Civic Engagement. Editorial offices for the Journal are located in Lancaster, PA at Franklin & Marshall College. 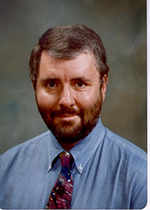